A landmark study has provided a comprehensive assessment of the economic value of small-scale fisheries to some of the Indian Ocean’s most impoverished communities, demonstrating the crucial contribution these make to the daily survival of coastal populations.

Small-scale fisheries are fundamental to the livelihoods of over 500 million people worldwide, both as a source of nutrition and income. Yet despite their critical importance, these fisheries are often overlooked by decision-makers due to their remote and dispersed nature.  A lack of monitoring means that many developing coastal nations – home to 97% of the world’s fishers – lack an understanding of the role these fisheries play in their economies.

“Small-scale fisheries are often completely left out of policy discussions due to a lack of data about their scale and importance,” notes Michele Barnes-Mauthe, doctoral researcher at the University of Hawai’i  and lead author of the study. 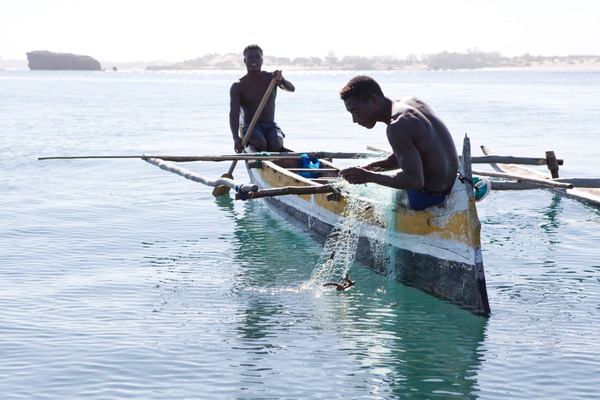 The study found that small-scale fisheries employ 87% of the adult population and provide the sole protein source for 99% of household meals in a remote coastal region of southwest Madagascar. In a country where nine out of ten people live  on less than $2 per day and half of children aged under five are chronically malnourished, these results highlight the critical importance of small-scale fisheries for income generation and food security.

More than 5,000 tonnes of fish and invertebrates were extracted in 2010 by small-scale fishers in an area with just 8,000 people, of which 83% was sold commercially, equating to a total economic value of $6.9 million including subsistence catch. The unreported economic value of these small-scale fisheries is paramount in a country where per capita GDP has declined every year since 1960.

“We have long known that small-scale fisheries are the economic lifeblood of coastal communities throughout the tropical developing world,” comments Dr Kirsten Oleson, environmental economist with Blue Ventures and Professor at the University of Hawai’i, “but this study is the first to demonstrate just how much this equates to in hard currency.” 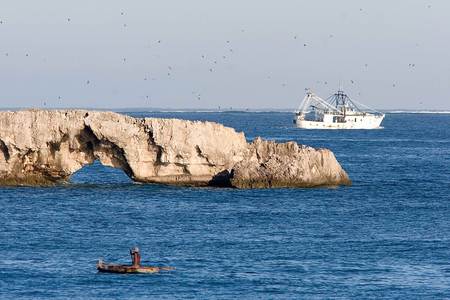 Out of sight and out of mind

With 78% of catches in the study area being sold locally, the majority of transactions go unnoticed, leading to gross underestimations of the contribution of small-scale fisheries to national GDP and local livelihoods.

An earlier study  conducted by the University of British Colombia  and Blue Ventures  in 2012 showed that fisheries catches in Madagascar have been underreported by as much as 500% over the past five decades.

“This new study may signify that our previous estimate was conservative,” says Frederic Le Manach, lead author of the 2012 paper and post-doctoral researcher at the University of British Columbia. “According to national statistics, fisheries account for around 3% of Madagascar’s GDP, however, the results of this new paper suggest that they make a much larger contribution.”

The study suggests that the small-scale fisheries sector in Madagascar is at least one and a half times as valuable as concessions earned from EU tuna vessels, and a sixth as valuable as the entire domestic commercial shrimp industry; both of which receive substantial policy attention. The persistent undervaluation of small-scale fisheries is a key factor in the lack of recognition given to these resources by policy-makers.

The study indicates that management initiatives such as community-led marine areas could safeguard the sustainability of subsistence fisheries and strengthen food security. However, it also notes that these must be supported by regional, national and international policies that safeguard the rights of small-scale fishers over export-orientated commercial or foreign access fishers in contexts where small-scale fisheries are central to the livelihoods of impoverished coastal populations.

The full paper by Barnes-Mauthe et al. can be found here

Dr Oleson’s research group, within the Department of Natural Resources and Environmental Management at the University of Hawaii at Manoa, employs an interdisciplinary approach for understanding the contribution of ecosystem services to human well-being in the Indo-Pacific. Previously based in Madagascar with Blue Ventures in 2009-2011, Dr Oleson led an ambitious economic valuation of coastal ecosystem goods and services in the Velondriake area.

Please contact research@blueventures.org for more information about this study.

Theme by Anders Noren — Up ↑